December 18, 2015
Recently I have been lucky enough to attend a short but very interesting course of writing articles and blogs.   We each had to prepare something for the other members of the class to critic, very scary but most useful. This happened the day after I posted my latest on India and the tutor said that my comment ‘’Even the spinning wheel became a weapon in the struggle for women’s freedom’’ was most interesting and should be explored further. 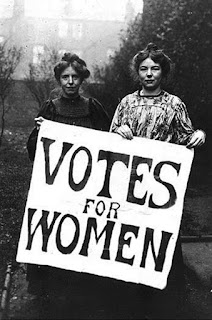 The tutor also said that I should write more about the opening up of trade between Europe, England in particular, and India and this I promise to do at a later date, however her comment about weaving, stitching and embroidery helping largely in women’s flight for both financial and social freedom intrigued me and made me want to follow it further.
Nothing is new, as early as the 13th century in England, Opus Anglicanum  as English Medieval embroidery was called, was without doubt some of the finest examples of English needlework for all times.

Fortunately I was able to attend a day seminar on Opus Anglicanum just a few days ago.  Until then I (wrongly) had believed that it was worked almost entirely for the Church but there was also many items of secular embroidery.    Items of clothing of for well-to-do people as well as the clergy, horse-trappings and furnishings were commissioned – these were more commonly used and thus did not survive as the ecclesiastical pieces did. 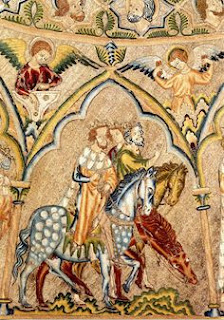 I even found out there were women named; by the late 13 century it had become a highly lucrative industry and a number of workshops flourished financed with City money and employing both men and women. Famous among them were Mabel of Bury St. Edmunds and Rose, wife of John de Burford who was a merchant in the City of London.   From records it would appear that frequently it was a man, the owner of the workshop, who received the payment but I suspect that there were women employed in the stitching.
Famous examples such as the Syon Cope and the Steeple Aston Cope, named after the area they were designed for or the family who commissioned them, are in the Victoria and Albert Museum.  But I believe that at the time of the Reformation there was a danger of Church vestments being confiscated so many items were sold abroad hence the excellent examples in foreign museums and collections. 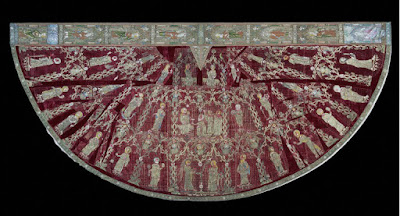 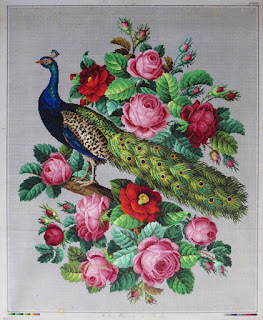 Fast forward to the 19th century when Berlin Wool Work became the international rage.  These patterns to be stitched with worsted wools were originally drawn and painted on graph paper (then called point paper).    These charts were imported in their thousands to Britain and the USA.   I have read that while L. W. Wttich the Berlin print seller has always been credited with starting this craze, it was his wife, an enthusiast who drew her own designs and encouraged him.


Originally these patterns were hand-coloured by an army of women in Germany, the wool too was produced there and generally speaking the designs were useful and tastefully coloured.  Later on with the advent of aniline dyestuffs in the 1850’s (strong magentas and spinach green to give examples of the more lurid colours!).


As a result of the insatiable demand from the emerging leisured classes, the patterns were printed in colour and any item that fancy could believe would add to the overstuffed Victorian house.  Images of animals, particularly dogs and birds were popular and I believe ‘sleeves’ for piano legs and covers to keep the key board dust free were available. 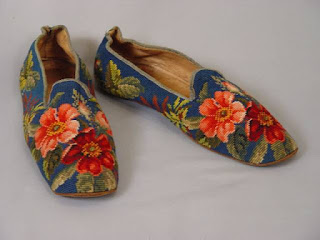 This subject of women gaining status, independent and some form of financial security is vast and worthy of much more research.    I have skated over the Elizabethan period when leisured women stitched many types of needlework the most famous of whom was Mary Queen of Scots.   She  is recorded to have passed many hours of her imprisonment stitching.    However furniture of the period was heavy and so table carpets and wall-hangings particularly for beds were both popular and needed.  While men frequently designed and prepared canvases women were engaged in the stitching.


Dame schools in the States taught basic sewing and the Finishing Schools on the East Coast taught many more sophisticated types of needlework. No doubt the basic needlework enabled the poorer girls to continue in the professional field while the more leisured girls bought and commissioned needlework for their own use.  This was similar in Britain and many establishments offered music, drawing and needlework ahead of anything more academic. 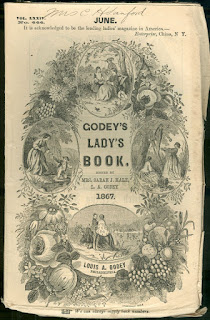 A vast range of monthly magazines offering the latest ideas and how-to projects were published in the 19th and early 20th century, first in the USA and then the UK.  The first in America was Godey’s Ladies Book which was the first to actually pay the contributors for their work.  Being strong on the latest embroidery, handwork and recipes one can only believe these authors were women.


As I have already said, this topic is vast, well worthy of serious and extensive research.  I haven’t even touched on the India women’s independence though I do hope I shall find out more while reading about the international trade that was established many centuries ago.


However women in many parts for the world, through many forms of embroidery, weaving, spinning patchwork writing about the craft or even preparing and painting designs among others gained a type of independence important to them.    It could have been producing or helping to produce something extremely beautiful, it could have been being in the company of fellow workers,   It could even have been, though not necessarily, making some money of their own. 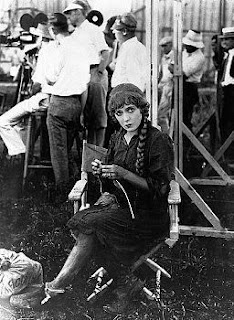 Similar activities continue to this day,   I also have more than one version of a design stitched to check quantities and instructions, Knitters check patterns and knit finished garments for photography, help can be given if a client wants a custom piece but is not prepared to do it themselves.


I should apprieciate your comments, contributions or details of how you or members of your family gained social or financial independence from active participation in hand crafts.  Perhaps they were left with young children and little support or they had to live abroad, joinging their husband in a country were driving or venturing out unaccompanied was not safe.  I should love to hear your stories. 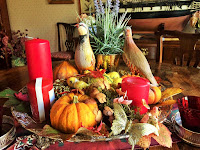 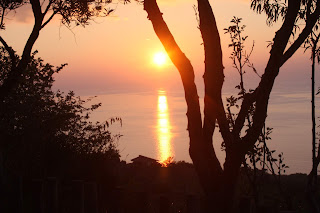 Just returned from yet another lovely trip to Calabria in Southern Italy.    This was our 12 th annual trip, many of the group have been on all occasions as trips like this are popular; we   share an interest/passion for needlepoint; enjoy the unique opportunity to stitch in attractive surroundings and as far as possible have an all-in price.    All of them, besides being enthusiastic stitchers are great photographers.    I have been the recipient of many, many beautiful memories of the trip and it will be difficult job to select those that I include in this blog. Calabria is still a relatively unknown area of Italy, Pirapora the Agro tourism family run place we go is on the West coast looking out across the beautiful turquoise sea to Stromboli and the island of Sicily.     This year both the weather and the visibility were perfect, the sunsets over Stromboli – were picture perfect;   Each year during the winter months when there are no guests lovely improvements are mad
Read more 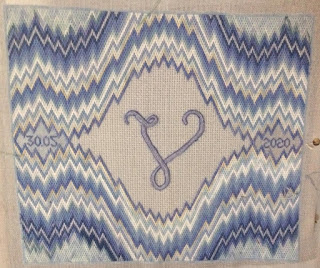 "Just waiting for the big day to be confirmed" How life has changed for us all!  We were lucky enough to spend the first weeks in the  BVIs  and only kneelers  for my granddaughter's wedding in May (sadly now postponed till September if then) but while stitching I find great opportunities for daydreaming about future projects; with the sun, boats and relaxed lifestyle I found an illustration of a friendly gecko that would make a perfect panel for one of my clutch purses - furthermore I dreamt of making my own shoulder strap for the purse with 'shell' beads from the Internet;  a project now on hold but not forgotten! Returned to the UK in early March just at the beginning of the virus hitting the UK. For the duration of our trip I had been working consensually on a pair of wedding kneelers. A multi stitch panel Instead, talking with my students on my return,all in isolation but thankfully able to talk on thetelephone, Zoom and email, what they reall
Read more